BEMIDJI, Minn.  – The Classic Bass Champions Tour recently wrapped up its 2021 season at its Championship on Lake Mille Lacs in Minnesota. Known as a legendary smallmouth bass fishery, the lake produced for competitors in both fish numbers and size. Waseca, Minnesota-based Classic Bass and Bagley Baits pro Noah Schultz took top honors at the event with a total weight of 62 pounds 12 ounces with a total of 21 fish weighed, including a five pound, five ounce fish, his biggest in the impressive lot. As the winner of the event, Schultz trailered home a new Skeeter boat powered by a Yamaha outboard. This was Noah Schultz’s second Classic Bass Championship win. He also took first in 2019 at the event on Bay Lake where he won a new boat and motor.

Anglers familiar with Mille Lacs know that late August and early September can be a tricky time. Water temperatures are still high and for the most part there’s no sign of fall feeding just yet. It’s a transition period that should yield a variety of patterns, structures and depths—deep to shallow. But as one of the best smallmouth fisheries in the world, though, anything can happen if an angler is able to dial in the right schools of fish.

Two big variables factored into the tournament, the first being that the lake has been off-limits to prefishing for a week prior to the event, except for the Wednesday, September 1st, right before the tournament. The other factor was weather. With a 10-20 MPH SE wind, anglers were limited to the spots they could fish effectively, with north end spots extremely tough to fish.

Tournament day was broken into two heats: 7am to 11am run and noon to 4pm run, with anglers checking in for a lunch hour break.

“Morning fishing was good,” said Schultz. “It went better than expected. We were fishing out of Eddy’s Resort, which is located on the southwest corner of Mille Lacs, and I decided to run north and fish a reef up there called Myrmar. It was a little windier than I expected so travel was tough. The farther north I got the bigger the waves got. I thought of turning around but decided to stick with it. The waves were huge and coming over the bow and filling up the boat with water, but I managed to catch a handful of fish including a 5 pound 5 ounce fish to put me in the top five for the morning session. It was a good choice to make the run, but it took me about a half hour to get there and about 45 to 50 minutes to get back to the resort. I sacrificed a lot of fishing time, but I got to the reef and the fish were biting.”

As a catch-weigh-release style tournament with a marshall in each boat entering total fish caught specs into a phone app, Schultz says he’s happy with the number of the fish he caught during the tournament, by far the most in the entire field.

“I caught more fish in the morning, but they were smaller. In the afternoon I didn’t catch as many fish, but with a four pound average,” commented Schultz.

In terms of winning presentations, Schultz was using a host of different baits but relied heavily on Bagley to dial in the largest fish. “In the afternoon I relied heavily on the Bagley Balsa B, the square bill, and that’s what really keyed me into the winning pattern. I was about ready to leave a spot and I have Humminbird Mega 360, and I spotted a lone boulder sitting all by itself in about seven feet of water. I grabbed that Bagley Balsa B and fired it over the top of the boulder and a four and half pounder grabbed it. When I got him to the boat, I saw there were seven or eight fish with him all the same size. That’s when I got on the lookout for shallow boulders. I ran to the next spot where I knew a shallow boulder was and fired the Bagley Balsa B in there and the same thing happened—another four and half pounder grabbed it and that fish had five or six fish following it all the same size. That bait was key and helped me boat a number of big fish that contributed to the win. Again, the Bagley Balsa B really helped seal the deal.” 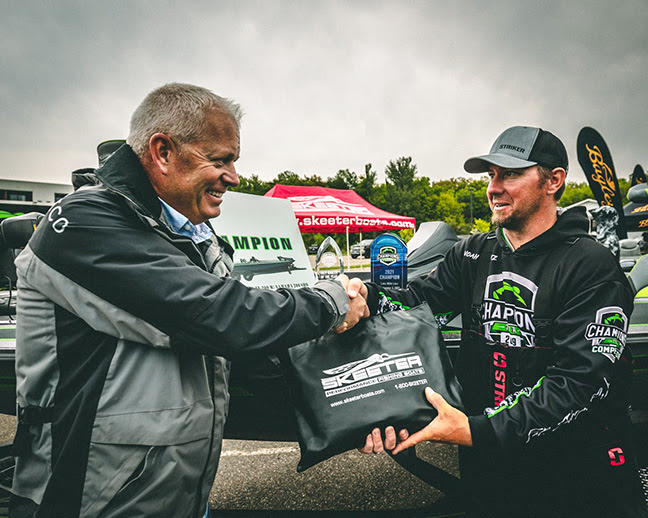 Schultz sums up the feelings of pulling off his second Classic Bass Championship win and what it feels like to be partnered with Bagley Baits.

“It feels amazing. I’m the first angler to ever win two boats on the tour. I must admit, though, practice was tough. I had the Bagley Balsa B square bill bite in my back pocket but other than that, it was a little difficult. But it feels amazing. I didn’t know how it was going to go. So, I quit thinking and just fished that square bill on boulders, and everything worked out. I was able to piece it together as the day went on and pull it off. I didn’t practice shallow at all and that’s how I won the tournament. I won Angler of the Year and won the boat and everything worked out just like it was meant to be. Life is good right now,” said Schultz.

The Bagley pro is especially thankful for sponsors like Bagley Baits and the belief and dedication the team has put into his career. “I work a lot with Charlie Peterson and Sam Larsen at Northland. They’re great people to work with and we all get along great. Bagley is my first big sponsor so it was kind of new to me, but it didn’t take long to figure out the relationship and what we can do for each other. It’s been a really good experience.”

Charlie Peterson, Northland Fishing Tackle and Bagley’s pro staff coordinator, is thrilled with Schultz’s win on Lake Mille Lacs. “Noah is a very consistent angler who has really helped promote the Bagley Baits brand. We were rooting for him to take home the win on Lake Mille Lacs and were all so happy to see it happen!” Peterson finished. 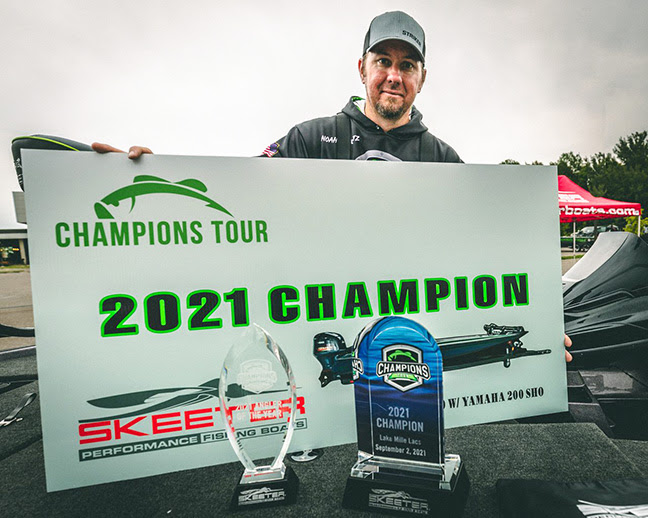 Previous PostMillennium Marine Rod Tree and Rod PodNext PostGamakatsu® Introduces The New G-Power Flip & Punch Hook
We use cookies on our website to give you the most relevant experience by remembering your preferences and repeat visits. By clicking “Accept”, you consent to the use of ALL the cookies.
Cookie settingsACCEPT
Manage consent