RACINE, Wis. –– The National Walleye Tour kicks off its final and championship event on Otter Tail Lake in Ottertail, Minnesota, next week with more than just championship event title up for grabs. Fishing in his home state, Humminbird® and Minn Kota® Pro Mark Courts will also be competing for the second NWT Angler of the Year Title of his career along with his first NWT Championship crown.

Going into the Championship event after a successful regular season, Courts leads the NWT Angler of the Year race by 12 points, which means every fish is important in the final event.

“Do I feel comfortable with my lead? No,” Courts said. “But it sure makes me excited to compete in the championship, especially with having the best and most reliable equipment in my boat.” 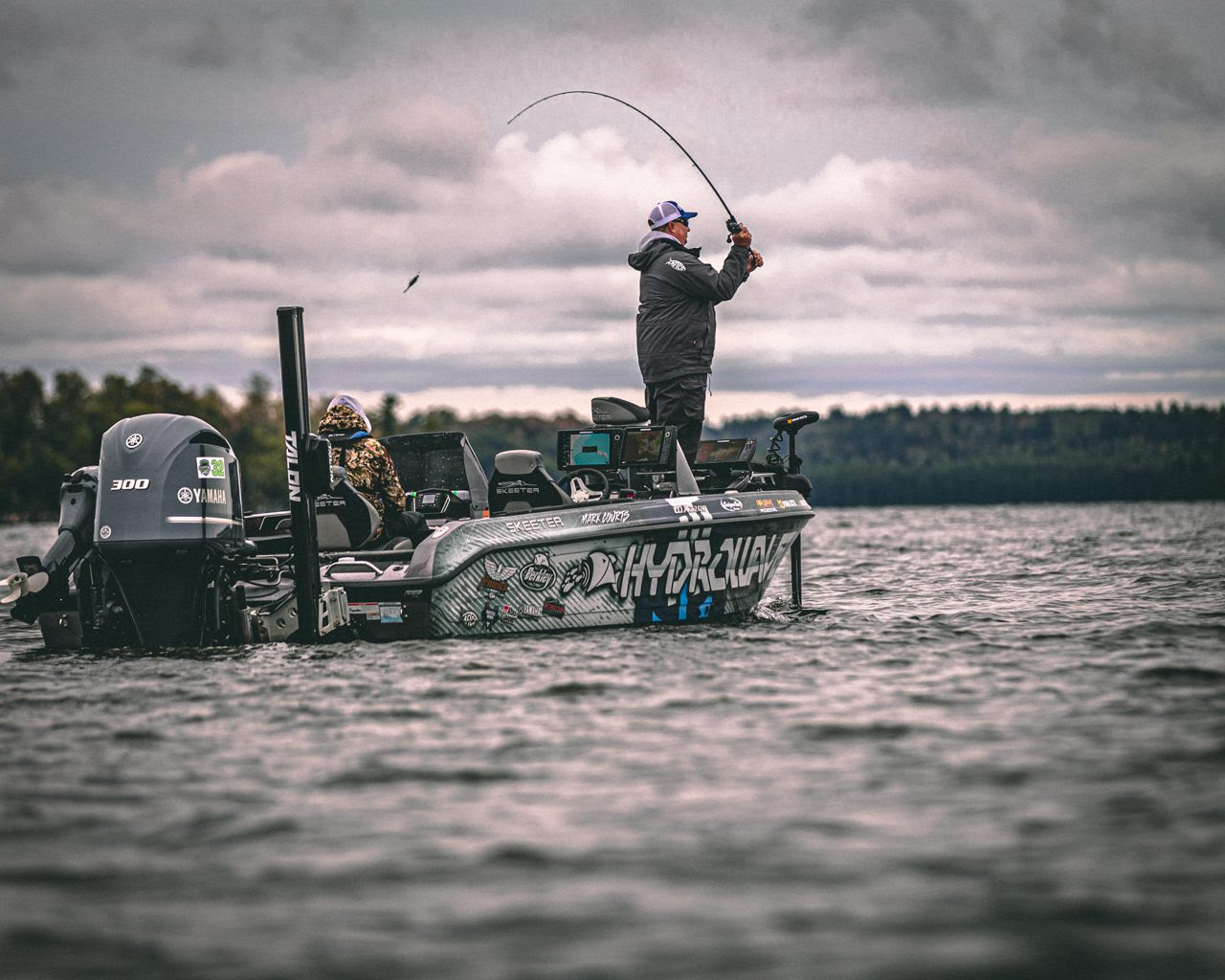 Following the first NWT tournament in Chamberland, South Dakota, on the Missouri River and posting a 15th place finish, Courts said, “One of the keys to that tournament by far was MEGA Side Imaging® and MEGA 360 Imaging®. I was in third place after day one and was able to run all of my high-percentage areas that I found using my LakeMaster® mapping. Once I found those areas I wanted to fish on my high-definition contour map, I would explore them with MEGA Side Imaging and fish them efficiently with my MEGA 360 Imaging.”

In the second NWT event on Sturgeon Bay, Courts posted a 20th place finish and said, “We were making specific casts to rock piles that Walleye were stacking up on. Similar to Chamberland, I was able to find the structure using my MEGA Side Imaging, make a waypoint on my Humminbird HELIX® units and be able to see that waypoint on my MEGA 360 to make sure I am making accurate casts.”

“With the NWT events being team events, meaning our weights are combined with our co-anglers, I was able to efficiently hold myself and my co-angler near a rock pile by using my Minn Kota Ultrex® trolling motor with Spot-Lock™ or with my Talon® shallow water anchors.  This allowed us to make efficient and accurate casts on the rock pile, which was critical to putting fish in the boat.”
The season’s third and fourth NWT events on Lake Erie and Lake Oahe were similar in how Courts was able to locate and efficiently stay on his fish.

“On Lake Erie, I was spending a lot of time driving around the lake with my 2D Sonar and MEGA Down Imaging® trying to find Walleye that were schooled up,” Courts said. “Same could be said for our tournament on Lake Oahe, a lot of what we were fishing was flooded timber and that is where Down Imaging was a huge player in being able to pick apart the fine details of the picture and see the walleye in the flooded timber. It came down to staring at my electronics for many miles until I found schools and was able to stay on the for the tournament.” 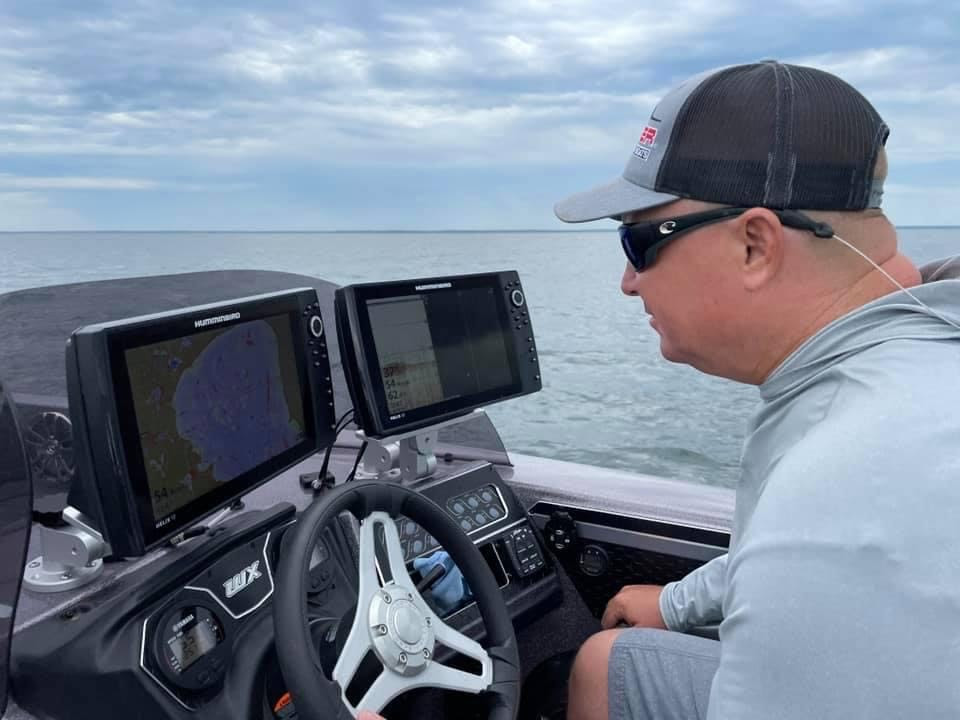 The last event of the season is the NWT Championship on Otter Tail Lake. The event presents an interesting challenge for walleye pros because anglers are only allowed one line in the water at this championship event, it will make fishing difficult for some of the anglers. Courts expects that he will be up shallow pitching small baits for schools in the weeds, looking for inside turns specifically.

Courts mentioned, “For the NWT Championship, I expect that I will be up shallow and looking for the remaining healthy grass. Having MEGA Side Imaging, MEGA 360 Imaging and now the addition of MEGA Live™, I will be able to dial these fish in. I will be able to find the healthy remaining grass in the lake and waypoint them on my electronics, pair those waypoints on my MEGA 360 and make accurate casts.”

As Courts heads into the final and championship event of 2021 with his second Angler of the Year title on the line, he’s content to rely on what he considers to be the best-equipped boat on the water to help put him on the fish he needs to win.

“It may sound repetitive but the usage of my Humminbird electronics, Minn Kota Ultrex and Talons are truly an important tools for me to be able to be successful every day that I am on the water,” Courts said. “I am looking forward to the championship event on Otter Tail Lake and hope to cap off the season on a special note.”

About Humminbird
JOHNSON OUTDOORS FISHING is comprised of the Humminbird®, Minn Kota® and Cannon® brands. Humminbird is a leading global innovator and manufacturer of marine electronics products including fish finders, multifunction displays, autopilots, ice flashers, and premium cartography products. Minn Kota is the world’s leading manufacturer of electric trolling motors, as well as a complete line of shallow water anchors, battery chargers and marine accessories. Cannon is the leader in controlled-depth fishing and includes a full line of downrigger products and accessories.

JOHNSON OUTDOORS is a leading global outdoor recreation company that inspires more people to experience the awe of the great outdoors with innovative, top-quality products. The company designs, manufactures and markets a portfolio of winning, consumer-preferred brands across four categories: Watercraft, Fishing, Diving and Camping.
Visit Johnson Outdoors at www.johnsonoutdoors.com

Previous PostBerkley and Spiderwire Dual Spools Now AvailableNext PostIllinois Fall Trout Fishing Season Opens October 16
We use cookies on our website to give you the most relevant experience by remembering your preferences and repeat visits. By clicking “Accept”, you consent to the use of ALL the cookies.
Cookie settingsACCEPT
Manage consent