ST. CLAIR SHORES, Mich. – It’s official: Jacob Wheeler is the 2021 Bass Pro Tour Angler of the Year. Through the first six events this season, Wheeler had won half (Stages Two, Five and Six), and if not for Ott DeFoe‘s consistently excellent season, he likely would have had the race all but wrapped up before Stage Seven even started at Lake St. Clair.

Coming into the CarParts.com Stage Seven Presented by Covercraft, DeFoe had a 12 point advantage in the AOY race. Wheeler advanced to the Championship Round while DeFoe finished the Knockout Round in 30th Monday, sealing the fate of both anglers.

Through his remarkable season, Wheeler was able to see great success across the country and etch his name onto the list of tour-level Angler of the Year winners.

Proven Consistency in Angler of the Year Race

With the dominance Wheeler has shown since beginning his career, it was clearly only a matter of time before he graduated from being an angler who frequently wins tournaments to an Angler of the Year winner. 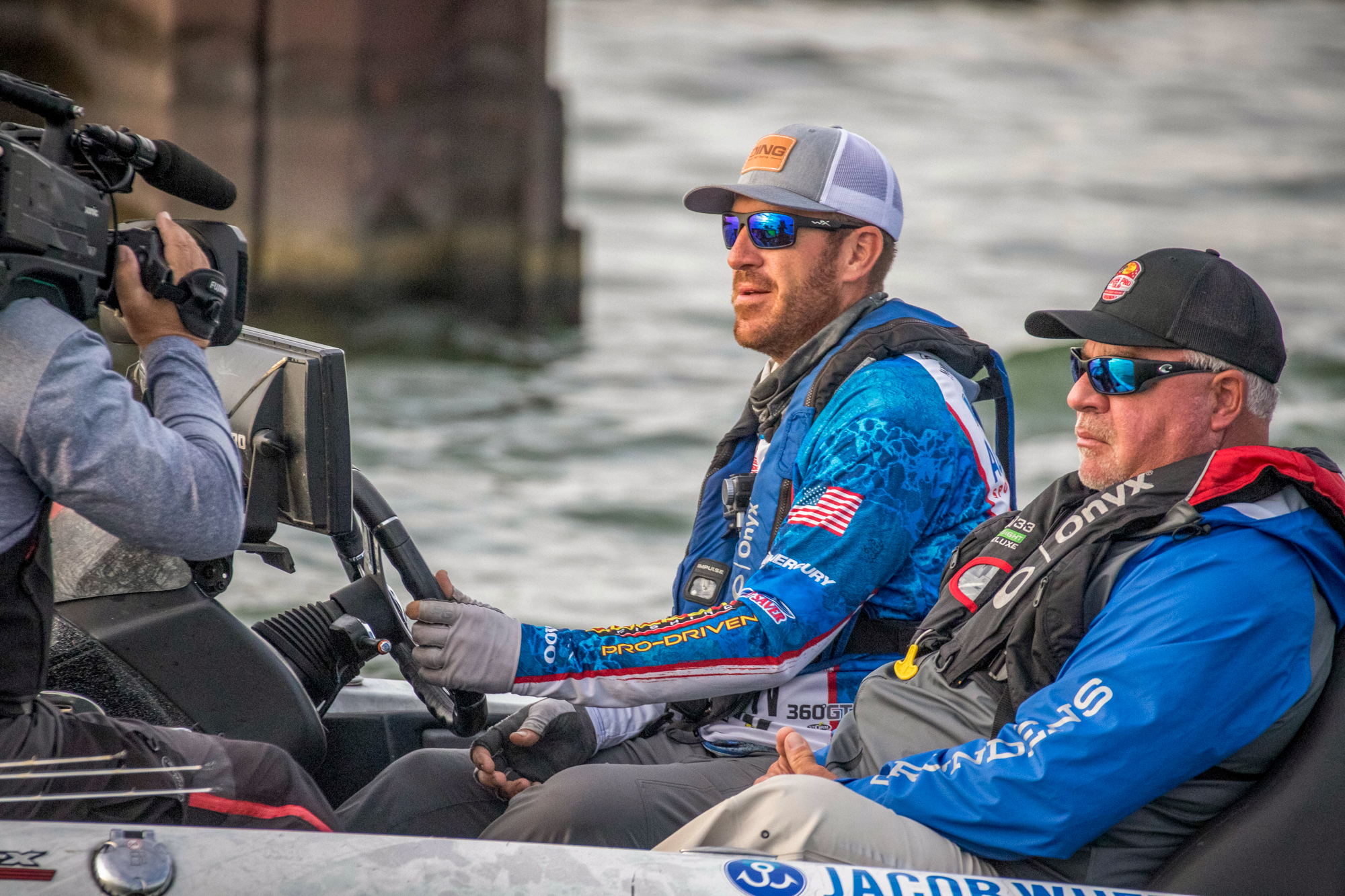 While the 2021 season was the first time Wheeler claimed the AOY title, he’s been consistently good across every tour he’s fished for several years.

That’s six straight seasons in the Top 10 in points at the highest professional level.

Wheeler’s wins this season occurred in Texas and twice in New York. With his advancement to the Championship Round on Lake St. Clair, he may also add one in Michigan.

His triumph at Lake Travis was the closest in Bass Pro Tour history as he edged Bobby Lane by just 2 ounces. His next two wins weren’t even close as he lapped the field and won each by close to 30 pounds.

During General Tire Stage Five on the St. Lawrence River, he caught 35 bass for 129 pounds and second place angler Jeff Sprague had 100-6. At Champlain, he weighed in 88-2 and second-place finisher Jacopo Gallelli had 57-5.

Despite winning three events heading into Stage Seven, Wheeler nonetheless found himself trailing DeFoe in the season standings. DeFoe had won two events himself and Wheeler had one slip up, a 51st place finish on the Harris Chain of Lakes, Florida.

Beside that one blemish, Wheeler also finished second to Kevin VanDam at Lake Chickamauga, Tennessee and had a 12th-place finish at Sam Rayburn, Texas, to kick off the season. It’s been a remarkable run and Wheeler also added a third-place finish at REDCREST, a non-points event.

Wheeler has caught 395 scorable bass so far this season, with one more day of fishing to go. Tallying up the numbers show that he’s averaged 2.83 pounds per fish as he racked up 1,119-1 in total weight for the season.

Those numbers likely could have been higher, too: there were multiple days in different events when Wheeler switched to “practice mode” in search of new locations while also giving his primary areas a rest from the fishing pressure once he knew he was going to advance to the next round safely.

Digging into the numbers after each round of fishing further highlights just how dominant he was this season. He was only below the Top 10 once after a round. That includes each Qualifying Round, Knockout Round, and Championship Round for an entire season of fishing.

The one exception was after two days of fishing on the Harris Chain, where he sat in 26th in his group.

The greatest-of-all-time debate is one that happens in every form of competitive sports. Most of the time, those debating tend to side with the greatest of their own time and there’s no easy way to compare different eras, but the objective measurement is championships or titles earned in the career.

Wheeler still has a long way to go in that category to catch Kevin VanDam with his eight AOY titles and four Classic titles, but Wheeler is one step closer now.

He already holds a Forrest Wood Cup title and now, with an AOY, he has his first of that variety and is still a few days shy of his 31st birthday. Time is on his side and the debate will go on.

Previous PostBerkley PowerBait Panfish NibblesNext PostFishing and Football for South Carolina vs. Kentucky Game
We use cookies on our website to give you the most relevant experience by remembering your preferences and repeat visits. By clicking “Accept”, you consent to the use of ALL the cookies.
Cookie settingsACCEPT
Manage consent