“My World With Mike Iaconelli” Continues Through Oct. 4

COLUMBIA, S.C. ­­–– Mike Iaconelli’s new show, “My World with Mike Iaconelli,” premiered August 30  and with the second half of Season One still remaining to be broadcast, the response to the first three episodes has been extremely positive.

More than just a fishing show, Iaconelli’s show proves his ability to relate his sport to a broader audience, as evidenced by overwhelmingly positive viewer feedback. When longtime Iaconelli sponsors Abu Garcia and Berkley heard about the show, the brands jumped at the idea of connecting with the surge of new anglers coming into the sport.

“Abu Garcia and Berkley have been long-time sponsors of Mike Iaconelli and we recognize his passion for the sport and his desire to make fishing more exciting and engaging to a broader audience through this fun show,” said Marc Kempter, Vice President of Marketing Communications for Berkley and Abu Garcia. “The great reviews that we are hearing about from this show validate our decision to invest in a piece of entertainment that has the purpose of bringing more visibility to fishing and entertainment that keeps new fishermen engaged in the sport.”

Each episode features Iaconelli learning what it takes to train and compete in the guest athlete’s high-level competitive sport, confronting obstacles he’s never faced before. With the relentless mindset he applies to fishing, and a positive, comedic attitude, Iaconelli finds out if he can keep up with today’s top contenders before introducing his guests to the world of fishing, challenging them to a friendly competition and testing their abilities on the water.

In Episode One with Philadelphia Eagles Offensive Tackle Lane Johnson, Iaconelli obtained firsthand knowledge of the challenges that a professional football player faces on a daily basis while training and preparing for the NFL season. Johnson then joined Iaconelli out on the water to see what it takes to be successful in fishing.

In Episode Two with NASCAR Driver Martin Truex, Iaconelli got to witness the wickedly fast-paced environment in which NASCAR drivers live, as well as the work that goes into being a successful team in NASCAR. Truex later joined Iaconelli on the water to see Iaconelli’s similar fast-paced style of fishing and how such style has molded his fishing career.

In Episode Three, the most recent episode with Pro Bowler Kyle Troup, Iaconelli hit the lanes with one of the best in bowling to see Troup’s unique style and learn how it has shaped his brand in professional bowling. Troup later hit the water with Iaconelli and both learned how their brands are similar in their respective sports.

With three shows down, there are three more to go. In the second half of Season One, Iaconelli will host a professional bull rider, a UFC fighter and  an LPGA professional golfer. Tune in to CBS Sports Network on Monday nights to catch “My World with Mike Iaconelli.” 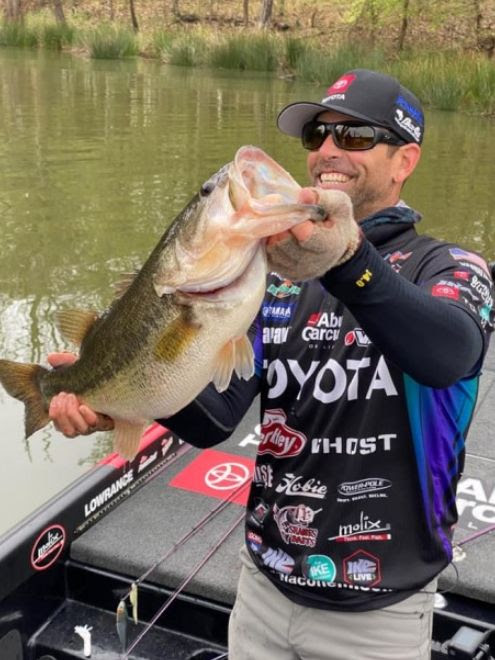 About Mike Iaconelli: Mike Iaconelli, an icon in the world of professional bass fishing, is a South Philadelphia native who now lives in New Jersey. He’s had a passion for fishing since childhood and has been competing in fishing tournaments since high school. Iaconelli has won, or come close to winning, almost every major award in tournament bass fishing, most notably the 2003 Bassmaster Classic, 2006 Angler-of-the-Year awards. For more information, visit mikeiaconelli.com

Previous PostMichigan DNR Gives Lake Sturgeon a LiftNext PostFlorida Governor to Keynote IBEX Industry Breakfast
We use cookies on our website to give you the most relevant experience by remembering your preferences and repeat visits. By clicking “Accept”, you consent to the use of ALL the cookies.
Cookie settingsACCEPT
Manage consent