Salt Lake City — In an effort to enhance fishing and boost native fish populations, the Utah Division of Wildlife Resources stocks a variety of fish species throughout Utah every year.

The practice of stocking fish in the Beehive State goes back more than a century, as fish were first formally stocked in Utah in 1871. At that time, fish were transported from other states by train and were stocked into lakes along the train route. In 1897, Utah opened its first hatcheries and started raising trout locally.

“These original hatcheries were really impounded streams where we put fry that we got from the federal government,” said Craig Schaugaard, DWR Aquatic Section assistant chief over hatcheries. “We opened our first traditional fish hatchery — where we produced our own eggs and used raceways like we have today — in Murray in 1899.”

“Our hatcheries are important because they provide the majority of the fish we stock in the state,” Schaugaard said. “Stocking is a crucial management tool that we use to provide Utahns with the numbers and species of fish that they desire. Stocking fish helps ensure that the public has a great fishing experience.” 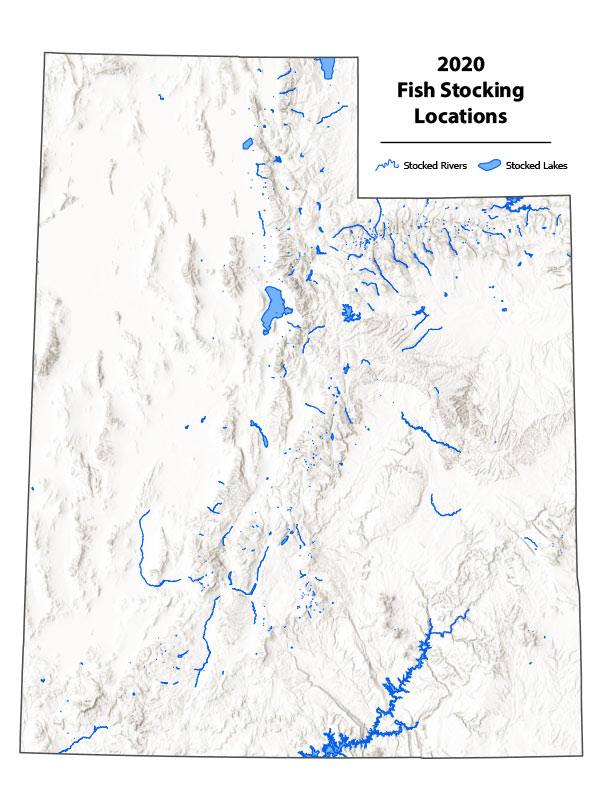 The agency’s hatcheries produce multiple strains of some species, and some of the fish are sterile (meaning they can’t reproduce). Producing sterile fish is an important management tool that helps control fish populations in various waterbodies.

In recent years, June suckers have made an impressive recovery due to conservation efforts. They were proposed for downlisting in 2019. The final rule reclassifying June suckers from endangered to threatened was published at the beginning of the new year. The reclassification takes effect Feb. 3.

Previous PostMichigan DNR Hiring for Conservation Officer AcademyNext PostConnecticut Ice Fishing Clinics Online
We use cookies on our website to give you the most relevant experience by remembering your preferences and repeat visits. By clicking “Accept”, you consent to the use of ALL the cookies.
Cookie settingsACCEPT
Manage consent