Ladson, SC  – Slinging blades for mongo St. Lawrence River smallmouths, Bassmaster Elite Series star Seth Feider felt right in his element. That the New Market, Minnesota angler trailed the tourney leader by a few pounds didn’t particularly matter at the moment. With each bronze flash over the gunwales, the pressure gradually eased. Pound by pound, Feider felt himself creep ever closer to the glorious Bassmaster Angler of the Year trophy—and the culmination of a lifelong dream.

Back in February on Florida’s St. Johns River, launching what would quickly become a magical fishing season—his very first as a Z-Man pro-staffer— Feider lipped 69-pounds 6-ounces of largemouth bass toward a sweet 3rd place finish. It was the first of what would be an incredible four top-ten finishes on the 2021 Bassmaster Elite Series, a rare feat on the pro BASS circuit.

Fittingly, the “Llama,” as Feider’s affably known by his fans, began the season the same way he ended: flinging a JackHammer/RaZor ShadZ™ combo. “At the St. Johns, I found my best fish in practice by throwing a JackHammer,” noted Feider, the Minnesota ‘mane-man’ with a cult-like following.

“Once I found the fish, the key for me was going real slow, fishing extra thorough with a Texas-rigged Bang StickZ™.” Feider, one of the most precise tacticians on tour, pitched the black-blue Bang StickZ on a 3/0 straight shank hook and a 3/16-ounce tungsten weight. He meticulously dragged and shook the weedless stickworm across patches near lily pad clumps, extracting numerous heavyweight largemouths. 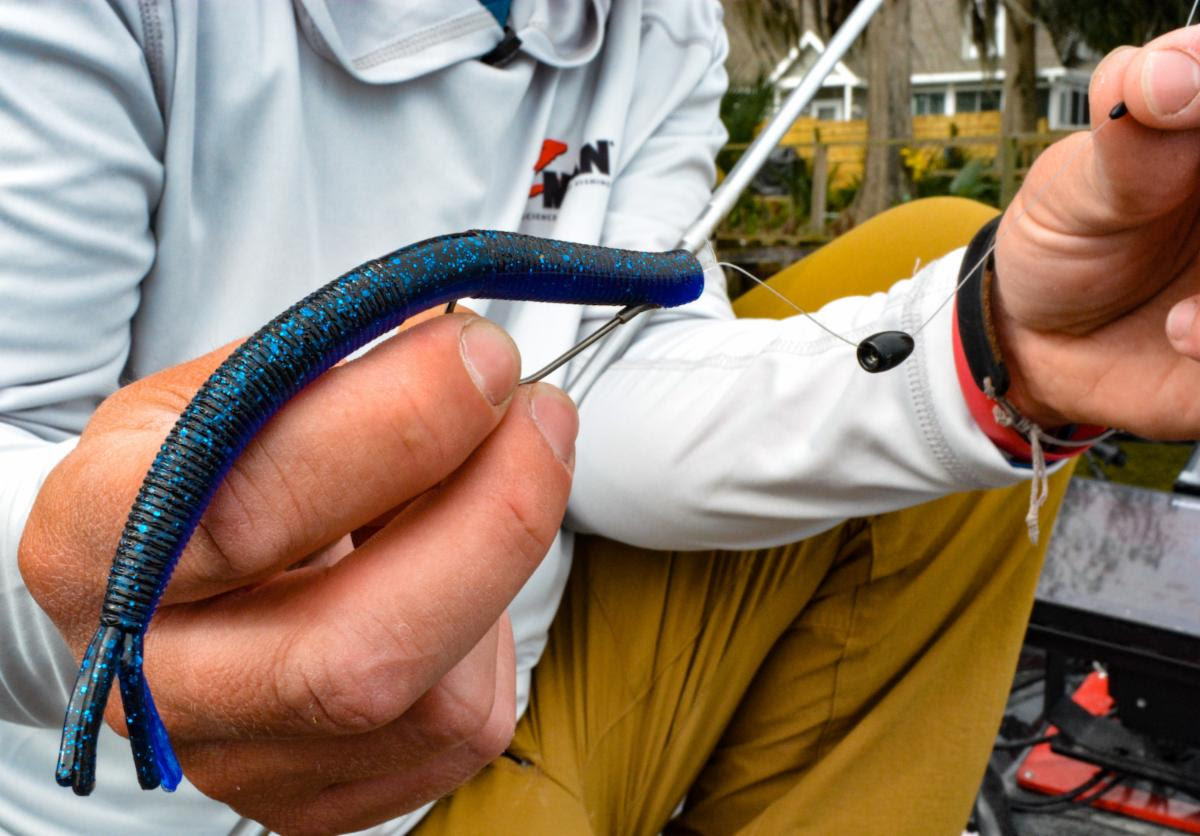 “That bait’s got the right length and profile—a shape that really appeals to those big Florida tanks,” he observed. “I think the buoyancy gives the Bang StickZ a little something extra, too—gets right up in their face. The bait stands up off the bottom just enough, while the little tentacles quiver for extra enticement.”

Through the middle to late portion of the tourney season, Feider employed an impressive array of Z-Man baits, each strong finish stacking precious points toward the eventual big prize—including 6th place at both the Sabine River and Lake Fork, Texas and a 12th at Neely Henry Lake, Alabama. “I boated some hawgs on a swim jig with a Turbo CrawZ™ hung on the back. Flipped some big ones late with a Z-Man GOAT™. Love that bait. So versatile and lively—just like all the buoyant ElaZtech® stuff.” As Feider approached the fourth quarter of the BASS Elite Series season on New York’s Lake Champlain and the mighty St. Lawrence River, he found himself well positioned to claim the $100,000 prize. Feider did his damage at Champlain with the aforementioned GOAT. He also rigged a Z-Man Trick ShotZ™—a radical dropshot bait boasting rare underwater maneuvers— toward nearly 77-pounds of brown bass and a statement-making 4th place finish.

After Champlain, Feider was feeling it. But going into the final event, he also experienced the mounting pressure as well as the butterflies of possibly checking off a lifelong ambition. At the St. Lawrence River, he continued his Trick ShotZ mastery over big, deepwater smallmouth bass, and by Thursday afternoon, was back hunting a few kicker fish toward another batch of AOY points. Feider slung the same Z-Man ChatterBait JackHammer (3/8-ounce, green pumpkin) and RaZor ShadZ with which he began the season.

So, when the Minnesota native connected on a 4-1/2-pound smallmouth, he displayed the animated side of his personality, the alter-ego dude that only “comes out of the cage” when good things happen in the boat.

“Yeah! That’s it, game over!” Feider exclaimed, as he cradled the bronze bass. “Angler of the Year, right there. Z-Man JackHammer. Boom!”

“Feels like the weight of the world is off my shoulders,” he explained at Thursday’s weigh-in.  “Since I was 9 or 10 that’s all I ever wanted to do. But we’re going to have to wait to go party. I gotta go fishing tomorrow; I’m still in the top ten here.” (Feider ultimately finished with 58-15 and 13th place at the final BASS Elite derby of the year.)

“Getting to know Seth this past year has been fun, and to see him win his first Angler of the Year title—the first such Bassmaster award for any Z-Man pro—just feels extra special,” said Nussbaum.

“Seth’s been so great to work with, such a positive force and supporter of Z-Man,” added Prochazka. “It’s been cool watching him tear through the Elite schedule using baits like our Bang StickZ, Trick ShotZ and Turbo CrawZ™—all season long.”

Feider expressed equal appreciation for the people behind his key bass baits. “Z-Man and their whole crew has been just awesome this year. They’ve provided the support and a lot of the key ElaZtech baits and ChatterBaits I’ve needed to catch quality fish throughout our long tour schedule. Total difference maker for me.” 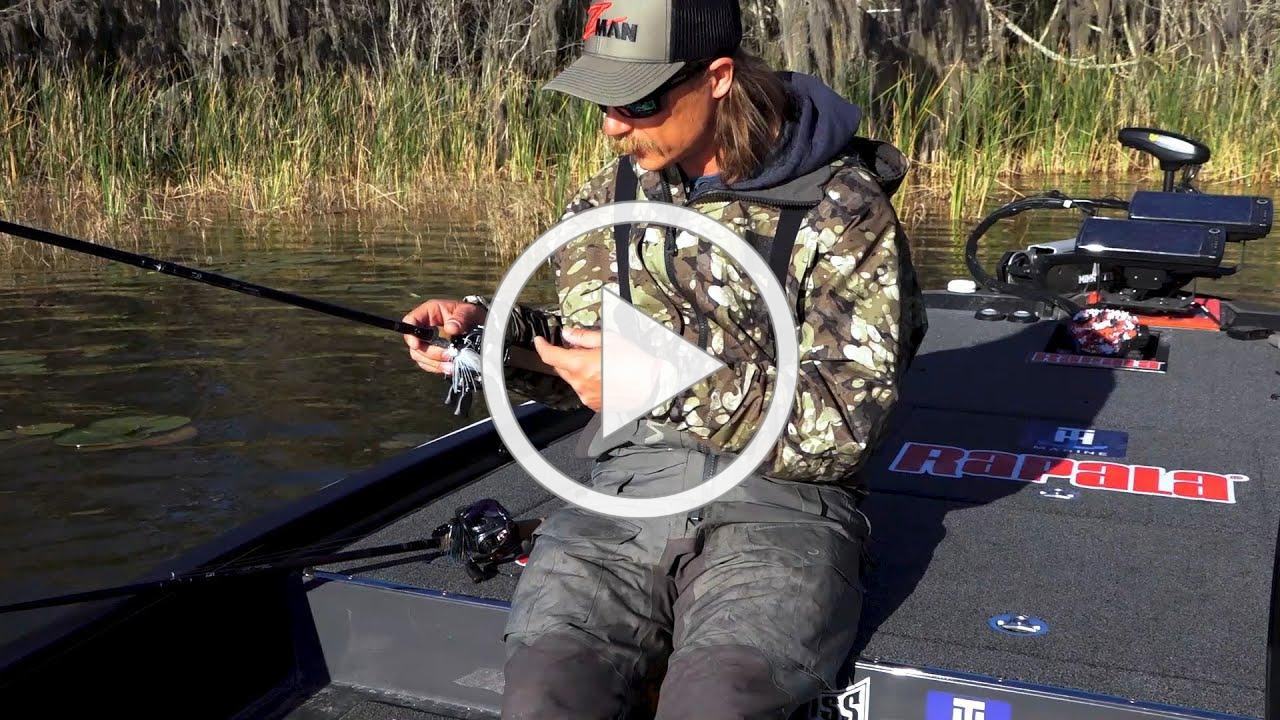 “My buddy Gussy (Bassmater Elite Series angler Jeff Gustafson) turned me on to Z-Man baits several years back,” recalled Feider, during his long drive home. “I’d already won a ton of money on ElaZtech baits like the Hula StickZ™ before I ever came on board with the Z crew at the start of the season. I saw right away, the durability, flotation and action of these baits got me way more bites from quality bass. I mean, the Ned rig buoyancy deal routinely cranks out like ten bites to one against other baits that don’t stand up when you pause the retrieve. That’s huge.

“The resiliency and efficiency of these ElaZtech baits is pretty unbelievable, too. I mean, at some of these tourneys, I used no more than two to three baits per day, and probably could have gotten away with one. Can’t imagine even trying to do that with other soft baits.”

“We’re thrilled to have played a part in Seth’s achievements this year,” added Nussbaum. “He’s just a down-to-earth, all-around good guy. And we’re even more excited for Seth and can’t wait to see what we can accomplish together in the years ahead.”

When asked how he plans to spend his $100k paycheck, the ever-authentic Feider shot it straight. “Naw, ain’t going to Disneyland or anything like that. It’ll go toward the farm fund, saving up for a little place in the country. You know, a place a guy can stretch, take a leak off the porch, get away from the big city life.”

After one exceptional season on the water, the Llama has earned it. 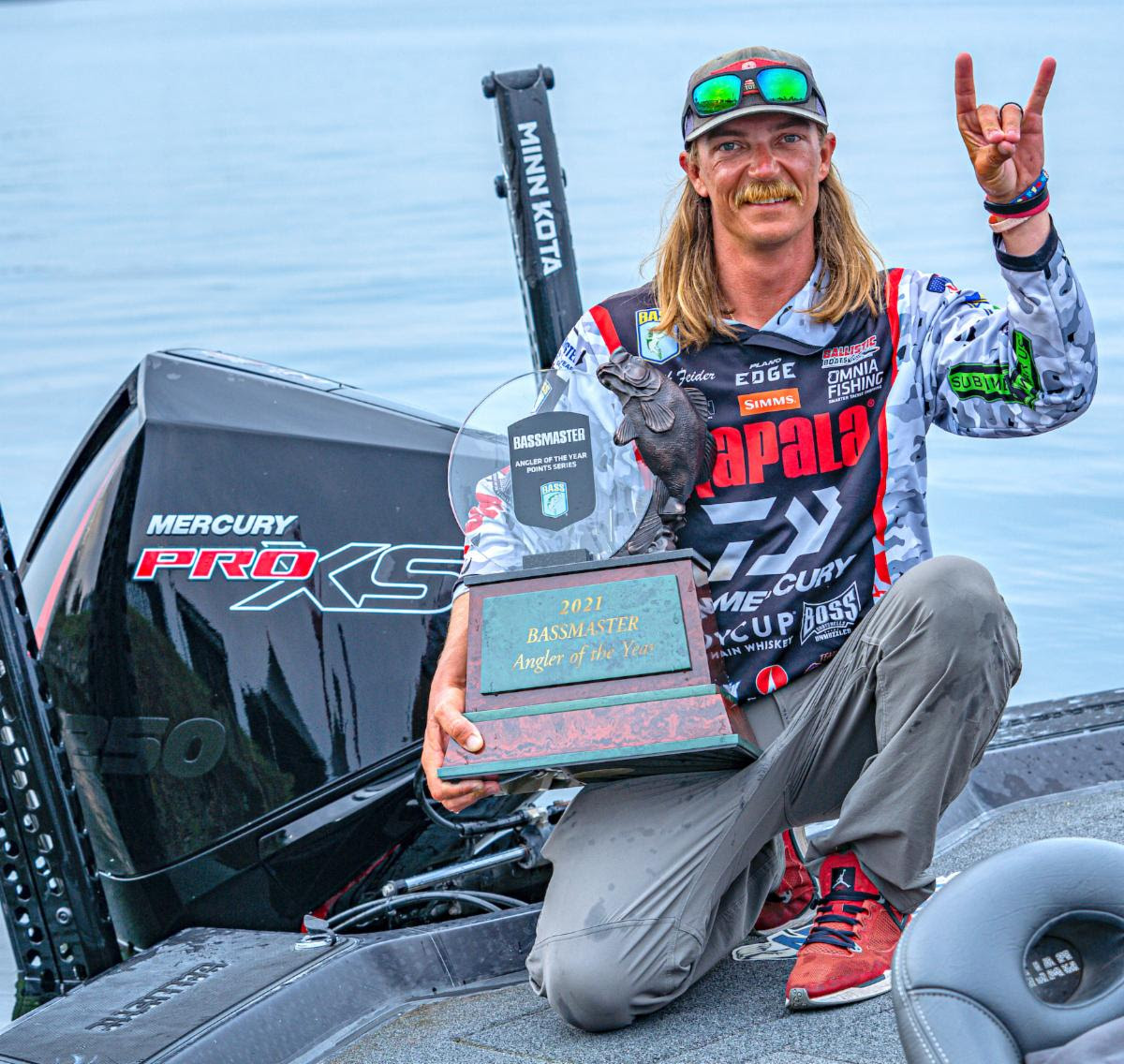 About Z-Man Fishing Products: A dynamic Charleston, South Carolina based company, Z-Man Fishing Products has melded leading edge fishing tackle with technology for nearly three decades. Z-Man has long been among the industry’s largest suppliers of silicone skirt material used in jigs, spinnerbaits and other lures. Creator of the Original ChatterBait®, Z-Man is also the renowned innovators of 10X Tough ElaZtech softbaits, fast becoming the most coveted baits in fresh- and saltwater. Z-Man is one of the fastest-growing lure brands worldwide.

Previous Postpremio AI: Revolutionary Product from Cutting Edge TechnologyNext PostSPRO® Introduces New Colors of RkCrawler and Fat Papa
We use cookies on our website to give you the most relevant experience by remembering your preferences and repeat visits. By clicking “Accept”, you consent to the use of ALL the cookies.
Cookie settingsACCEPT
Manage consent